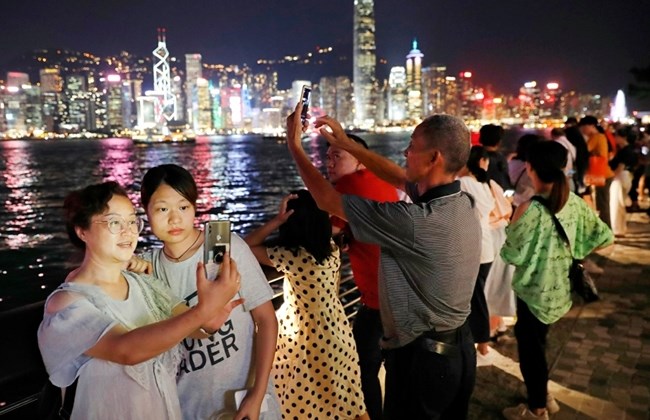 Maintain stability of ‘Pearl of the Orient’

Hong Kong, enjoying a reputation as “Pearl of the Orient,” is a special administrative region of the People’s Republic of China. Since its return to the motherland in 1997, Hong Kong has maintained prosperity and stability under the policy of “One Country, Two Systems.” However, since last June, several demonstrations and violent incidents have occurred in Hong Kong, which have aroused widespread concern in the international community. Some people cannot help but ask, what happened to Hong Kong? Hence I would like to take this opportunity to share thoughts with our Lebanese friends about the current situation in Hong Kong.

1. Origin of the situationIn February 2018, a Hong Kong citizen murdered his girlfriend in Taiwan (a Chinese province) and fled back to Hong Kong. But due to the lack of effective legal arrangement for juridical assistance regarding fugitive transfers or criminal matters with jurisdictions in Taiwan, the aforementioned criminal cannot be handed over to Taiwan for fair trial. In view of this, in order to plug existing loopholes in the legal system, highlight the rule of law and justice, as well as prevent Hong Kong from becoming a safe haven for criminals and bolt-hole for fugitives, the Hong Kong SAR government has proposed discussion on the amendments to the Fugitive Offenders Ordinance and Mutual Legal Assistance in Criminal Matters Ordinance.

However, some ill-intentioned forces and media outlets took this opportunity to spread exaggerated or false views, thus inciting demonstrations and obstructing the discussion of the amendments in the HKSAR Legislative Council. After the SAR government postponed work on the amendments, those ill-intentioned further worsened the situation by carrying out anti-China and messing up Hong Kong activities, using the amendments as an excuse. With the increasing escalation of violence, Hong Kong’s rule of law, stability, people’s livelihood and international image have been severely impacted. The growth rate of GDP in Hong Kong for the second quarter of 2019 has decreased to 0.6 percent compared to 3.5 percent the same period last year.

It is worth noting that behind the complicated situation in Hong Kong is the intervention and manipulation of some external forces. Some politicians from the U.S. and U.K. have confounded right and wrong, blatantly slandering the policy of “One Country, Two Systems,” sprouting criticism to the Chinese government, and showing encouragement to the violent offenders. Many Western media have practiced selective blindness, focusing on dealing with democracy and freedom, while bypassing the rule of law and justice. Some Western media show solidarity with demonstrators by criticizing police officers who carry out their duties. We resolutely oppose this public “double standard,” which is flagrant interference in China’s internal affairs. It is because of the blatant covering up, conniving at and supporting illegal criminal behavior by the external forces that those violent radicals have become more and more extreme.

Nothing is more beneficial than stability, and nothing is more detrimental than chaos. Moreover, there is no prosperity without stability. Hong Kong is part of China, and its affairs are of domestic concern alone. There’s no other government in the world willing to maintain the prosperity and stability of Hong Kong than the Chinese government. Any attempt to endanger China’s sovereignty and security, challenge the authority of the Central Government and the sanctity of the Basic Law of the HKSAR, or use Hong Kong as a channel for infiltration and sabotage against the mainland, is absolutely impermissible by the Chinese government. I hope that all friends of China support Hong Kong and resist violence, safeguard rule of law and restore the SAR’s social normal order, so as to create conditions for its economic development and livelihood improvement. We also urge some foreign factions to stop interfering in Chinese domestic affairs and stop incitement of disorder in Hong Kong.

Do not underestimate the determination of the Chinese government and people to preserve sovereignty, security and national unity, as well as its unwavering desire to preserve prosperity and stability of Hong Kong. Let the “Pearl of the Orient” keep shining!

Wang Kejian is the ambassador of China to Lebanon.

A version of this article appeared in the print edition of The Daily Star on August 19, 2019, on page 6.